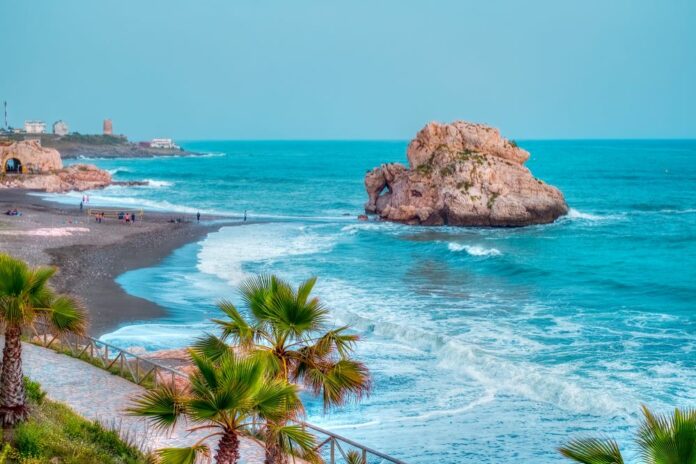 The aptly named Costa del Sol is well-known for its boutiques, golf courses and beaches. However, there is more to do than bask in some of its 3,000 hours of sunshine per year and work on your golf game. Costa del Sol also has some great nightlife and is a truly luxurious destination, rich in cuisine, charm and culture.

The hundred-mile-long stretch of the Andalucía coast in Southern Spain includes Marbell and Malaga, but also a swatch of hilly interior with an inviting, slow pace where eagles and vultures soar and wild goats roam. Pueblos blancos (white villages) stud the landscape with its distinct whitewash architecture accented by red-tiled roofs, purplish-pink bougainvillea and wrought-iron balconies.

Some of Spain’s most amazing traditional cuisine can be discovered here. However, with eight Michelin-starred restaurants, the Costa del Sol additionally throws a long contemporary culinary shadow. The Costa del Sol has much to delight and surprise travellers.

With its high-end shopping, trendy beach clubs and super-size yachts, Marbella is well-known for being a playground for the rich. It has been drawing celebrities, jet-setters and international royalty since the 1950s. Although, originally it was a small fishing village and its charming originally core remains. Marbella’s Old Town is as if you were stepping back in time with the quaint stores, beautiful old buildings and old streets it offers.

To enjoy an authentic slice of old Marbella life, you can meander through the narrow alleys and labyrinth of lanes of the casco antiguo, step inside the sixteenth-century Nuestra Señora de la Encarnación with its exquisite rococo entrance carved in ocher stone, and have an aperitivo of dried marcona almonds and dry sherry on the orange blossom-scented Plaza de los Naranjos.

In the privileged, central location of the crossroads of Malaga-Cordoba and Sevilla-Granada, Antequera long held a position of importance in Andalucía, as the imposing, sprawling hilltop fortress that dominates the city suggests. The city’s artist heritage and rich architectural, opulent Spanish-baroque style, and over 30 churches have provided Antequera the sobriquet ‘the Florence of Andalucía’.

While strolling along its spires and small squares, you can stop to admire the sixteenth-century Royal Collegiate Church of Santa Mariala Mayor, with its fluted stone columns, Mudejar ceiling and ornate façade, or the seventeenth-century San Sebastian church with a striking brick steeple. Allow some time to visit the trio of Bronze Age and Neolithic burial mounds on the North-eastern edge of the city.

In 2016, arguably the finest Neolithic monument in Europe, the stone slab-covered dolmens were named a UNESCO World Heritage site. Another fascinating inland Costa del Sol city with rich cultural heritage is Ronda. Dramatically perched on a ridge with drops of around 350 feet, the ancient city is split into two by a gorge, whose chasm is spanned by an eighteenth-century arched bridge. Ronda is home to the country’s oldest ring and modern bullfighting.

Five local boys discovered a series of caverns east of Malaga in 1959. They contained Neolithic and Paleolithic tools, cave paintings and ceramic pottery. Draw in black and red pigments, the amazing paintings depict goats, buffalo, birds, horses and seals. The cave network stretches for around three miles and approximately one-third of it is open to the public.

Concrete pathways lead travellers through a series of easily accessible galleries with beautiful geological formations, including huge stalagmites and stalactites. You can view the world’s largest stalagmite which stands over 100 feet high. One cavern contains a natural amphitheatre that acts as a 100-seat hall for a dance festival and concerts. You should try catch a performance in this unique venue.

Pablo Picasso was born in Malaga in 1881. He spent his childhood in this ancient white city on the Mediterranean. Fulfilling Picasso’s long-held desire to have his work displayed in the city, Museo Picasso Malaga opened in 2003. This was 30 years after the artist’s death. Housed in the stunning Renaissance building of Buenavista Palace, it holds over 230 pieces that encompass his eclectic ranges of techniques and styles.

Highlights include the Cubist Fruit Bowl, Child with a Shovel, painted in the last decade of his life during a renewed interest in Rembrandt and Velázquez and the Portrait of Lola, the sophisticated painting of his sister completed when he was barely 13. You can take a break in the museum’s excellent caf\e and look out at the bay trees and geraniums.

The Costa del Sol is packed with stars – delicious, creative Michelin stars. At the top of the list is Dani García’s eponymous two-starred restaurant located in the Puente Romano Beach Resort & Spa in his hometown, Marbella. The extensive tasting menu focuses on innovation, technique and flavours.

Marbella hosts another trio of starred establishments: El Lago on Greenlife Golf course that uses ‘kilometre zero’ produce; tiny Skina in the historical centre; and the highly innovative Messina, run and owned by an Argentine husband and wife duo.

Benito Gómez’s Bardal in Ronda became the newest Costa del Sol restaurant to be awarded a prestigious star in 2018. While these stars draw in diners, traditional cuisine is abundant in this region also, known for high-quality seafood derived from its coast.

The Costa del Sol is the ultimate holiday destination spot. It has sunshine pretty much all year round and is rich in culture and history. The Costa del Sol hosts an abundance of activities suitable for children and adults. We hope that this article has convinced you to take your next holiday in the Costa del Sol.