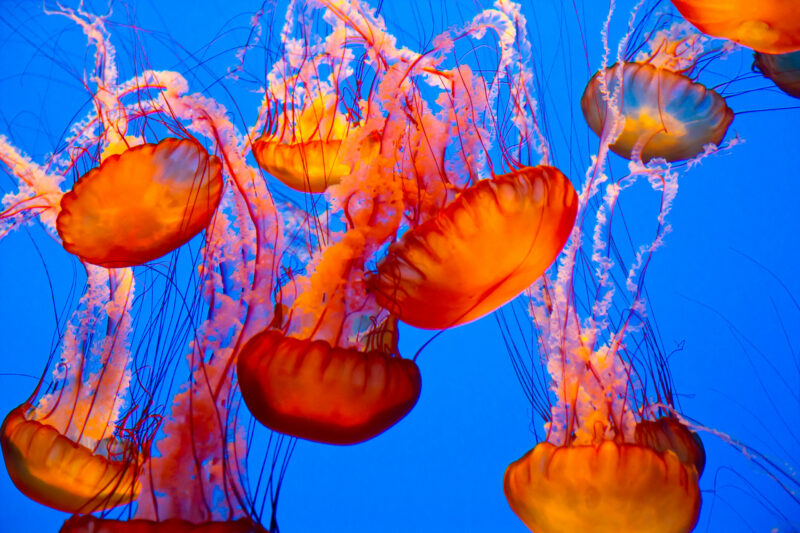 Tourists and locals currently visiting Spain’s Costa del Sol region have been warned to exercise caution as a spike in jellyfish on the coast has been reported.

The Aula del Mar marine conservation team issued the announcement earlier this week after recording higher numbers of the pelagia noctiuca and rhizostoma luteum species around the beaches in Nerja, Benalmádena, Fuengirola, and Marbella.

The rhizostoma luteum are a particular cause for concern due to their impressive size, measuring 60-90cm.

“It’s like something out of a horror film,” holidaymaker Francisco Martinez told The Sun.

“I’ve been coming to the Costa del Sol for 20 years and this has never happened before. If you want to take your kids into the sea around here, you have to bring a net, it’s that bad.”

The Malaga council has issued warnings at various local beaches throughout the week in addition to flying yellow flags to alert beach-goers to the increased presence of jellyfish.

Similar precautions have been taken at beaches along the Granada coastline, including Almuñécar.

“This year we were sure that there were going to be a series of conditions that would favour a high presence [of jellyfish], as has finally happened this week,” Aula del Mar biologist Jesús Bellido told SUR.

“However, there is a slight relief as it started in mid-August and has not affected the month of July.”

Bellido added that the increase in jellyfish numbers was likely due to warmer water temperatures earlier this spring.

“Now the sea seems to be cold but before the summer it was much warmer,” he said.

“There were a series of ideal conditions to create a high presence of jellyfish in the Alboran Sea.”

Aula del Mar has developed the Infomedusa app to allow tourists and locals to track the presence of jellyfish on local Costa del Sol beaches.