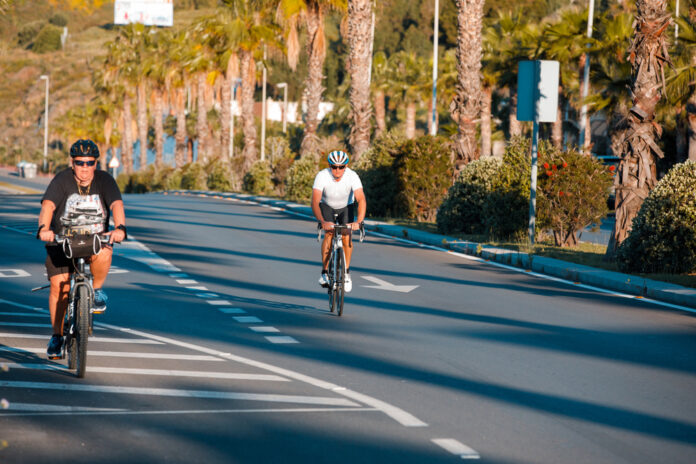 Over 5,000 cyclists joined a protest ride in Malaga City to promote sustainable means of transport. The protest took place yesterday, Sunday 14th, and called for a better network of segregated cycle lanes.

Ruedas Redondas organised the protest in response to the recently introduced city bylaw to ban cyclists from pedestrianised areas and pavements. Electric scooter riders are also affected by this bylaw.

The president of the association, José Luis Marín, led the long line of cyclists as it set off from the port at 11 am. He outlined the third objective – to achieve a safe network of segregated cycle lanes, an adequate network of bicycle parking racks and protection for children and the most vulnerable.

Ruedas Redondas criticised city hall for forcing cyclists onto “urban motorways, among motor vehicles, with no network of cycle lanes that is flexible, safe and connected”.

30 km/h lanes where cyclists have priority are not the solution, the association said. This is because users are ordinary citizens with their limitations and not professional sports cyclists. “We want to use our bikes for our everyday needs, because they are not aggressive, don’t cause atmospheric or noise pollution and are healthy,” they said.

In response, the city hall called a meeting of its special “bicycle committee”. The group would study the creation of more lanes exclusively for cyclists.

Responsible for mobility, José del Río said that he had heard the people of Malaga. He said he would take note and respond as quickly as possible “to provide spaces for use by bicycles and personal mobility vehicles where technically viable”.