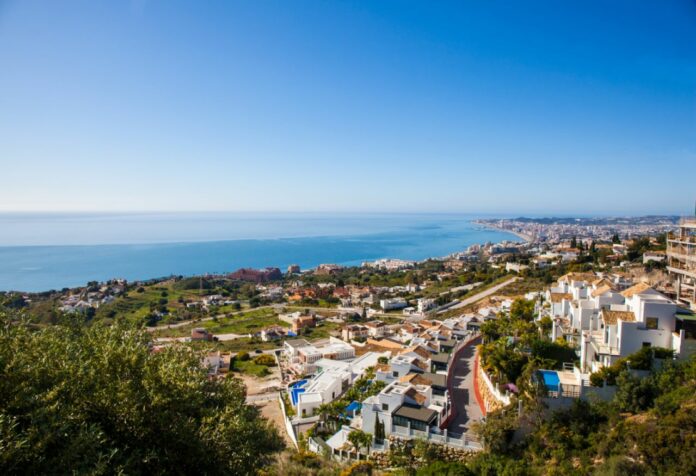 In many ways Fuengirola is an ordinary Spanish coastal town, even though it is right at the centre of the Costa del Sol. There are many tourists of course, and a sizeable population of expats, however, this has not altered the Spanish feel of the place. Fuengirola has promenades and parks, welcoming plazas and plenty of restaurants that serve local specialities. Added to these are big hitting attractions such as Bioparc Fuengirola, a humane zoo that the children will love. You have also got three Blue Flag beaches so everything is in place for an easy holiday out in the sun. In this article, we are going to have a look at the best things to do in Fuengirola.

Nobody enjoys seeing unhappy animals confined in cages and you certainly will not get them at this first-rate attraction. Both visitor and animal are brought closer together at the Bioparc Fuengirola. For visitors, this means adventurous pathways through recreated tropical forest, with real vegetation and water features such as waterfalls. For creatures such as pygmy hippos, crocodiles, gibbons, lowland gorillas, Borneo Orangutans and Malayan tapirs, it means ethical enclosures without bars. In the summer, you can book a moonlight visit where you can get a glimpse of nocturnal animals that would normally be asleep or hiding during daylight hours.

Most resorts would be delighted to have one beach awarded the Blue Flag. Well, Fuengirola has three. So, there can be no doubt that the standards of the amenities and hygiene provided are top-notch. Starting in the south is Playa de Fuengirola, the resort’s main beach that runs all the way up the marina. Smooth waters, beach bars and soft sand with delicious tapas are what you will discover here. Boliches-Gaviotas is the quieter part of Fuengirola and has a gentle curve, making it marginally broader. Cyclists, roller-skaters and joggers make their way along the Paseo Marítimo in the summer. Finally, there is Torreblanca, which is quieter still and strikes a delightful balance between useful and seclusion facilities such as food kiosks and water sports centres.

Fuengirola is a typical Spanish town, in that a majority of people live in apartments and when they wish to meet friends or enjoy the sun, they simply head for public spaces such as Plaza de la Constitución. You will see lots of Fuengirola’s older citizens here, chatting on benches under the pergolas with a dense cloak of vines to provide some nice shade. On the square is the Church of Nuestra Señora del Rosario, a whitewashed church that holds occasional concerts. You can take a look inside or do some shopping on the streets that branch off the square. At night, this will be one of your destinations for a sit-down meal or tapas.

Fuengirola has its very own marina which is excellent news if you would like to have some marine-based fun in the Mediterranean. As for what you get up to, the range of activities is almost endless. There are a couple of companies based in the marina offering tubing, wakeboarding, water-skiing and tubing for people in need of a thrill. If you are looking for a more tranquil time, you can go on a cruise out into the mirrored waters of the open sea to spot dolphins or even go all out and charter a yacht for a couple of days.

For those who know how to swing a gold club, it would be unheard of to come to the Costa del Sol and not play at least one round. Mijas Costa nearby has nine golf courses, a majority of which are private clubs that still accept pay and play golfers. If you need to blow away the cobwebs, they also have full practice driving ranges and facilities. If you have got a lowish handicap then Miraflores is the one for you with an island green on the 15th. La Siesta would be great for dormant and beginner golfers; it is a forgiving nine-hole par-27. In addition, for families, Fuengirola has an adventure golf course with 18 ingeniously-designed holes.

Fuengirola has one of the biggest shopping centres on the Costa del Sol. At the height of the summer, you may wish to flee from the sun to somewhere with some air-conditioning for a few hours. All the better, if there is a wide choice of restaurants and shops on hand. Primark, Mango, Superdry and H&M are here in addition to Spanish high-street mainstays such as Bershka, Pull & Bear and Oysho. If you desire a bit of grown-up time, you can bring the children to Isla Miramar for a while where they will be in the care of specialist staff who organise fun activities for the whole day.

This bulky coastal defence was built by the Córdoban Caliph, Abd- ar – Rahman III in the 10th Cenutry as a citadel with a watchtower. During the Peninsular War, the castle was a base for Napoleon’s French Army, repelling a siege and helping to defeat a British corps in 1810 in the Battle of Fuengirola. If you brave the steep walk, you can enter the castle and climb up to the gun positions for vistas of the resort. The bailey is empty and serves as a grand auditorium for concerts on particular summer nights.

If you are with little guys who are bored of the Fuengirola beach, you could get one hour passes for this floating playground, in the shallow waters a couple metres from the shore. They will be fitted with lifejackets and will be supervised while they run, climb and slide around an inflatable adventure course. The water park is entirely safe and shuts down when the yellow or red flags are up. After about an hour of tearing around this playground, kids may not be so fidgety for the rest of the day.

The Málaga Province specialises in a variety of dishes that people consider to be typically Spanish. This goes for seafood tapas and deep-fried fish. So, pescaíto frito, chipirones and calamareas will appear on the menu at a majority of beachside bars. In addition, local are sardines skewered, espetos and grilled over a wood fire, often in a pit made on the beach. Gazpacho is another favourite in this area of Southern Spain and actually has Moorish origins. It is a room-temperature vegetable soup made with garlic, cucumber and tomato.

Tucked between Paseo Marítimo and marina is something for Fuengirola’s smallest visitors. Sould Park is a tiny amusement attraction with rides and games for children up to about eight or nine. All with desert island and jungle theme are bumper boats, carousels, a small ferris wheel as well as trampolines, inflatable slides and large bouncy castles. For bigger children, there is a play zone with skeeball and air hocky. Parents who need a break can take a moment at the café-bar with outdoor seating.