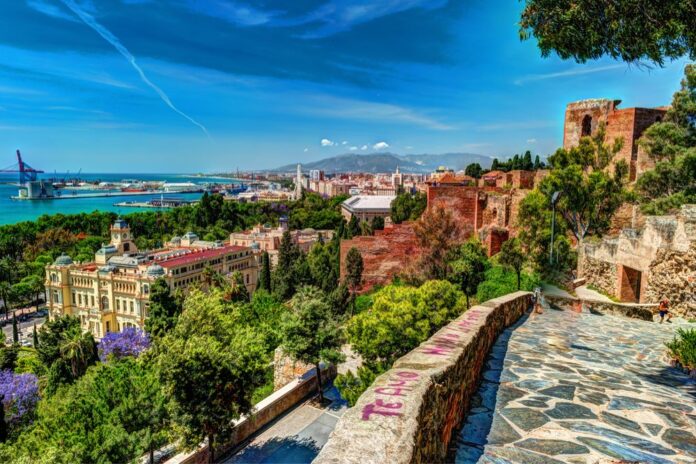 Malaga has become a thoroughly chic city, which boasts exquisite architecture, stunning botanical gardens, sunny beaches, amazing cuisine and a culturally dynamic art district. In this article, we will discuss the top reasons to love Malaga.

Malaga is one of the oldest cities in the world and has almost 3,000 years of history. The city centre boasts references to its Islamic, Christian and Roman past. The city’s present is just as exciting as its past: there are new exhibitions, concerts and festivals to enjoy and attend throughout the whole year. In August, you can visit the awe-inspiring Feria de Agosto, the largest festival on the Costa del Sol, while in January up until February and December, you can visit two authentic festivals called the Fiesta Mayor De Vediales and Carnaval De Malaga.

Malagans speak Castillian, which is commonly known as standard Spanish and the Spanish you will hear on the TV and the radio. The city is known as a hub for Spanish language instruction. The city’s attractiveness as a destination to learn Spanish owes much of its unique cultural mix, laid-back vibe and vibrant Andalucian culture, however, the accent is also a selling point. It is known to be humorous and expressive, and just like the city, thoroughly charming.

Malaga provides a ‘lesson in reinvention’, having shed the region’s somewhat tired image and transformed as a chic regional capital. In one day of looking around, you can discover churches, amphitheatres, religious monuments and beautiful cathedrals, and then find modern monuments such as La Manquita, the Roman theatre, the 11th century build La Alcazabe, a key landmark which overlooks Malaga from the breath-taking hilltop and La Rosaleda Stadium.

Malaga is recognised as the city of museums for a reason. With 20 museums that are dedicated to the historical artifacts, contemporary and religious art. The most famous ones include the Pablo Picasso’s Birthplace Museum and the Picasso Museum of Malaga. Additionally, there is the Soho Art District, a creative spot of alternative culture which is buzzing with life and original street art from some of the most famous street artists across the globe.

This flamboyant traditional dance originated in the area nearly 500 years ago. Flamenco embodies the Andalucia spirit and Malaga is one of the spots where you can witness an ancient tradition in its most passionate, purest form.

Wine and food enthusiasts are well catered for in Malaga. Walking down the Mediterranean-like, marble-paved streets, traditional tapas bars greet you on every corner. Local highlights include red mullet, traditional gazpacho soup, seafood, and delicious sardines, along with local wine served directly from the barrel.

7. The Beaches and Weather

With the average temperature being around 21 degrees Celsius for around 320 days of the year, Malaga is an all-year destination. The city and surrounding areas boast an abundance of exquisite beaches, including Cabopino and Playa Puerto Banús.

The locals, also referred to as, Malagueños, are known to be incredibly laid-back and friendly. They do not take themselves too seriously, rather they simply enjoy life’s simple pleasures – chit-chatting with a number of old friends and sitting at a tapas bar at sunset.

Malaga is home to some incredibly impressive natural parks and botanical gardens. Two in particular worth visiting include Jardín Botánico de la Concepción, this is a botanical garden which was built in 1855 and Jardín del Retiro, a lush and vast garden outside of the city centre. It is known to be one of the most beautiful in all of Spain.

The locals know how to part and a majority of good nights out end with churros for breakfast. You can literally feel the city come to life as the sun sets and nights out in the city can either be laid-back and relaxing or very loud, a little crazy and intense. You can discover a majority of the clubs along the coast or in the old town, or on some of the very chic rooftops with awe-inspiring views and live music.