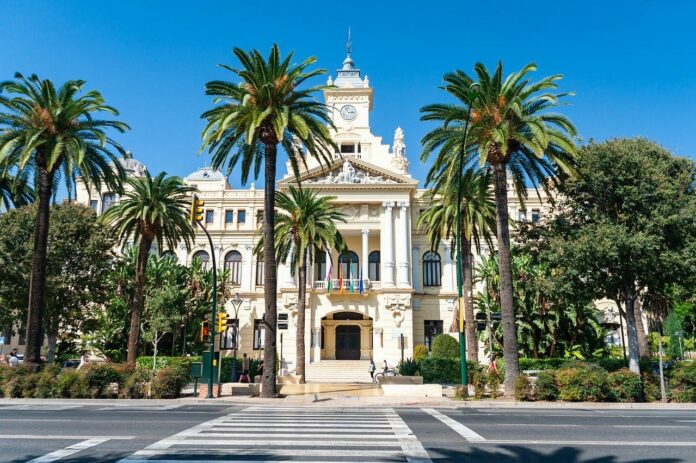 For Mediterranean glamour, Marbella holds its own with the Fresh Riviera and the many things you could want from its luxury beach destination. Marbella houses Michelin-starred restaurants, golf courses, marinas filled with high-end yachts, designer boutiques and a long chain of sandy beaches. It’s no wonder that millionaires and celebrities have been visiting Marbella for decades. It is an excellent place for individuals and families to visit and have fun. In this article, we are going to tell you 11 things you can do in Marbella so that you are well informed for your next holiday here!

The oldest part of Marbella is a true gem. It is a labyrinth of pedestrian streets that are laid with crazy paving and red tiles. The buildings are all whitewashed and topped off with terracotta roofs and many dates back to the renaissance period. Some are wrapped in bougainvillea; in fact, the whole area is full of bright colours with the many flowers. The houses are is all arranged on corridor-like streets that emerge on little squares like Plaza de los Naranjos, where the square’s restaurants place their seating in a small formal garden that is bordered by orange trees. The old quarter also remains spotlessly clean, to the point where the tiles shine in the sun.

Just a few steps south of the old-town is a park that feels like a private garden. It is filled with a thick canopy of tropical foliage and below are marble-paved walkways, benches and fountains where you can hide from the sun in the afternoon or have a cup of coffee in the morning. Most of the benches are clad with ‘azulejos’, classic Andalusian hand-painted tiles that show the city’s history and monuments. On two sides the park is bounded by a balustrade, which only adds to the sense of refinement.

There are around 20 beaches along the front of Marbella, most with sand that has a darkish colour and all are served with facilities such as beach bars. Lifeguards are on duty at almost all of them from Holy Week right up to the end of September. One of the best ones to visit is El Faro, on the west side of the port. At 200 meters, it is not the largest, however, it has been awarded the Blue Flag in 2016 and has an arc of sand washed by knee-high waters which is great for children who want to splash around to their heart’s content.

This attractive walkway leads down from the Alameda Park up to the Playa de la Venus next to the Marbella marina. It is a broad pedestrian avenue with meticulously-trimmed hedges, several pieces of amazing public art and palm trees. The bronze sculptures located here were designed by the 20th Century surrealist Salvador Dalí, so you could easily pass a few minutes studying them, perhaps from one of the beaches along the way. Bars and shops line the walkway and if you are visiting Marbella by car, there is a handy car park under this esplanade, with convenient access to Marbella’s old-town and beaches.

A couple kilometres east of old Marbella is the flashiest part of the resort. If Marbella draws comparisons with the French Riviera, it comes down to the super yachts, luxury sports cars and boutiques that meet your gaze everywhere you look in Puerto Banús. The area merits some of your time just to view the ostentatious displays of wealth, buy you should check out the large Rhinoceros sculpture, also by Salvador Dalí, which weighs around 3.6 tonnes.

Marbella’s main historic landmark is an incredible renaissance and baroque church completed in the mid 18th Century. The city was not re-conquered from the Moors until the end of the 15th Century, much later than almost everywhere else in Spain. This former mosque was sanctified straight away and transformed to become a Christian place of worship centuries before the work was completed. Some of the building’s architecture has been adapted for Christian use. For example, the church’s tower which was once a minaret. The interior floor plan was transformed to a basilica layout with three naves and opulent 18th Century rococo decoration.

Hidden down an alley in the oldest part of Marbella is the only museum that is devoted to engraving in Spain. The venue is all a part of the experience: it is a 16th century Moorish-style palace, built for the naval commander Alonso de Bazán, which he bequeathed to the city as a hospital for the poor. The collection holds around 4000 engravings, aquatints, etchings, Lithographics, xylographic and other pieces of graphic design by some of Spain’s most vaunted artists. These include Dalí, Chillida, Miró, Goya and Picasso who have works on show here.

Fitting for a playground for the wealthy, Marbella has a plethora of gold courses. There are around 32 within half an hour of the resort, including invitation-only, posh clubs, plush resorts with eye-watering green fees and the more affordable, no-frills options that suit rusty players and novices well.

At Marbella’s seafront the Mediterranean will be calling out to you and fortunately there are many ways to get out there. If you’re a thrill-seeker, there are many companies based around the marina providing parasailing, wake-boarding, jet-skis and white-knuckle powerboat rides. On the other hand, if that is not your idea of a good time, you could always charter a luxury yacht experience or go swimming.

The Costa Del Sol is replete with Blue Flag beaches and you will only be scratching the surface in Marbella. If you would like a change of scenery or find a less touristy spot by the sea, you could go past the western edge of the Marbella municipality. Here you will find Estepona where there is lots of cafes, beach clubs, shopping spots and restaurants. If some serenity is in order then San Roque is just 20 minutes along the coast but the remote Cala Sardina is worth every minute of the drive with no more than a couple of whitewashed villas on the hills behind it.

This archaeological site situated in from Guayaba Beach may look modest but it has vast historical significance and the objects recovered here have entered the National Museum of Archaeology in Madrid. It is a Paleochristian site that was built by the Romans and expanded by the Visigoths. Initially, it was a Roman necropolis and the 200 graves on this site constitute one of the largest Roman burial sites in Spain and at some point around the 6th century, a church was built here. When you look at the floor-plan from the raised wooden walkway, you can make out three main halls and also the vestibule with baptismal font, ensuring that anyone who entered the church was already baptised.