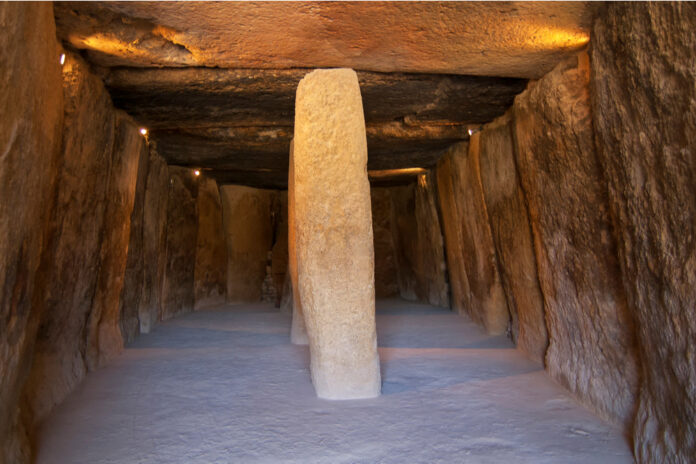 A team of archeologists from the University of Cadíz recently announced the discovery of ancient Roman ruins along Spain’s southern coast, unearthing Andalusia’s long history of human settlement.

Researchers revealed the remains of a Roman bath complex, also called a thermae, a place where ancient Romans would gather for leisure, sport, and bathing. According to the team, the ruins were successfully preserved for nearly 2,000 years thanks to Andalusia’s coastal sand dunes.

The site, which is located near the Caños de Meca beach, boasts 13-foot-tall walls decorated with red, black, and white marble and stucco, suggestive of the location’s luxurious past.

As of now, archeologists have only surveyed two rooms of the sprawling complex, though they estimate that at its prime, the thermae likely occupied a whopping 2.5 acres of land.

The Roman;s likely established the public bath sometime during the second century B.C. after seizing the Iberian Peninsula, the land that would go on to become modern day Spain.

In addition to the baths, archeologists also uncovered a collection of Roman-era “salting pools” and a 4,000 year-old Bronze Age tomb only a third of a mile down the coast.

Within the tomb, the team discovered at least seven intact corpses, including the skeleton of a woman adorned in stunningly well-preserved jewelry.

In response to the numerous discoveries, Patricia del Pozo, Andalusia’s culture minister, said she hopes to establish a museum or historical heritage designation at the sites of the ruins.

Pozo added that the discoveries are only further indications of the coastal region being “an incredibly attractive area for all types of civilizations, which endows us with incredible history.”