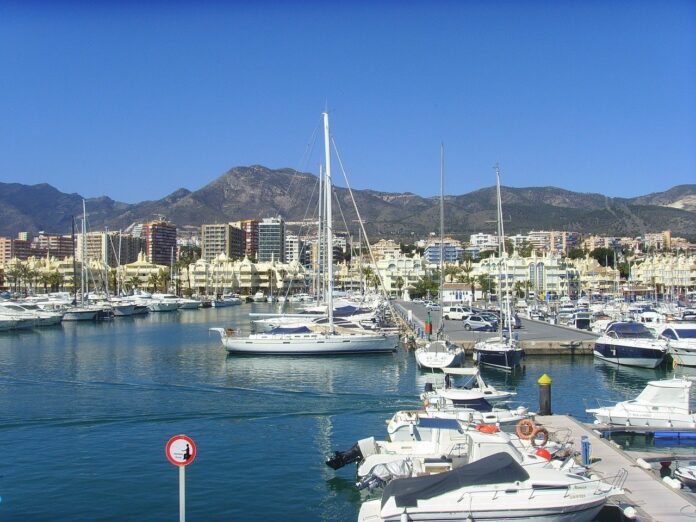 Today, we’re going to be talking about the famous tourist destination that is the Costa del Sol. This spot is so incredibly popular because it is blessed with many stretches of good quality beaches coupled with amazing all-year round weather and climate. As a result of this, many huge tourist resorts have been built up in addition to many world-class golf courses and marinas, making this one of Europe’s premier choices for a holiday destination. With water activities you can take part in such as wind-surfing, snorkelling and scuba-diving, making the Costa del Sol even more popular.

Where is The Costa del Sol?

The Costa del Sol used to refer to the entire stretch of coastline from Almeria all the way down to Gibraltar. However, today the term is more strictly applied to the coastal strip within the Malaga province.

History of The Costa del Sol

The region was initially inhabited by the Bastuli, who like their Iberian brethren are the indigenous people of what is now Portugal and Spain. However, Andalucia is located at an essential crossroads between the Atlantic and Mediterranean and as a result, has been invaded many times. Phoenician traders from what is today Lebanon were among the first to arrive and as the founders of ports such as Cádiz, Gibraltar and Málaga, their interaction with the local people produced a vibrant culture.

Their descendants, the Carthaginians, would later fight the Romans for control of the Iberian Peninsula, as a result of which it became a part of the Roman Empire, which laid the foundation for the Spanish language. Celts, who has come long before the North were already here, followed later by Germanic tribes and members of the Byzantine Empire, before in 711 Moorish and Berber invaders raided all the way up to the Pyrenees.

They would control the region of Malaga for seven centuries, making it one of the last Muslim strongholds in Spain. The Christian Reconquest of the region did not spell the end of international strife, for the Barbary Corsairs from North Africa would raid the coasts for centuries, carrying off bounty and also hundreds of thousands of slaves who were never seen again. The region was also the scene of international wars by the great European powers.

The 19th Century saw the port of Malaga revived in importance, but by the end of the century, its industries were in decline and a leading group of Malagueno worthies to set up a society in 1897 with the aim of promoting its sunny year-round climate as a draw for the nascent tourism industry as an alternative source of income. The Costa del Sol was then born and remains to be a popular tourist destination to this day.

The Villages and Towns of The Costa del Sol

The locals are very extroverted and friendly people, which could have something to do with the fabulous Mediterranean diet, the great year-round weather or simply because they live in a gorgeous, cultural city located by the sea. Benalmadena, the seaside resort, has grown rapidly in recent decades as a result of tourism and has become one of the Costa del Sol’s prime locations.

Fuengirola is situated between Marbella and Malaga, close to the towns of Benalmadena and Mijas, it is one of the most popular tourist towns in the Costa del Sol. It is a great holiday spot for children and families with its fantastic offering of facilities, beaches and activities. Marbella is one of the Mediterranean’s most representative tourist venues and a top favourite for holidaymakers.

Its luxurious and impressive infrastructure of golf courses, yacht harbours, fine dining, great beaches, nightlife, medical facilities and its closeness to Malaga airport, are key reasons as to why many holidaymakers select Marbella as their favourite destination.

Estepona is one of the most popular destinations for both foreign residents and tourists alike in the Costa del Sol, yet even today, it still manages to retain its old Andalusian charm. It is located at the western end of Costa del Sol at the foot of the Sierra Bermeia mountains.

What The Costa del Sol Has to Offer?

With millions of people visiting the Costa del Sol annually, it is not surprising that there is a comprehensive infrastructure of leisure activities and facilities. The coasts boasts one of the highest concentrations of world-class golf courses, to the extent that it is often dubbed ‘The Costa Del Golf’. There are more than 60 courses in total, from beginner and easy courses, through the elite courses like Valderrama in Sotogrande, which plays host every year to the Volvo Masters. For families, there are many theme parks, water parks, safari parks, go-karting and many beautiful public gardens. For the younger visitors, the main areas of attraction are Benalmadena’s Puerto Marina and the famous Puerto Banus. Both are trendy but be warned the clubs and bars do not get busy until close to midnight and remain open until dawn.

The coast has fast become a first-class destination for people looking for a relax and spa holiday. From the Arabic spa in Malaga to the five-star Thalosso spas in luxury health resorts, there is a healthy option for everyone’s budget. In terms of the cuisine this wonderful place has to offer, it is diverse, fresh and full of character. It is diverse in terms of showcasing different nationalities of cuisine and fresh because it is situated on the Mediterranean expert whereby fish are caught fresh that day and combined with fresh ingredients from the countryside. Its character refers to how rich the Spanish cuisine is. In relation to infrastructure, the Costa del Sol has a very well organised infrastructure with Autopista Del Sol providing fast access from Malaga to Estepona and beyond to Gibraltar.

The old N340 coast road is a bit slower but offers some great sea views as it winds its way around the coast. Links between Seville, Granada and Cordoba are easily accessible for those wanting to venture further into Andalucia and the remainder of Spain. The International Airport of Malaga also has regular flights to most major cities and is located just 10 short minutes away from the Malaga City Centre and within 30 minutes by car from most other popular resorts on the coast. In relation to climate, you cannot get a much better climate in the whole of Europe than in the Costa del Sol which has sunny weather 356 days of the year. The mild climate entices both Northern European residents and tourists looking for happier, healthier and sunnier climates. The summer months can get incredibly hot, reaching temperatures of 35 to 40 degrees which is no surprise when the name of this beautiful spot actually translates to coast of sun.

Living in The Costa del Sol

Beyond being an incredible tourist destination, the Costa del Sol is also a great place to live if your ideal home is in a sunny place with beautiful waters and great amenities. There is a huge array of properties available from cool apartments to luxurious villas and more.