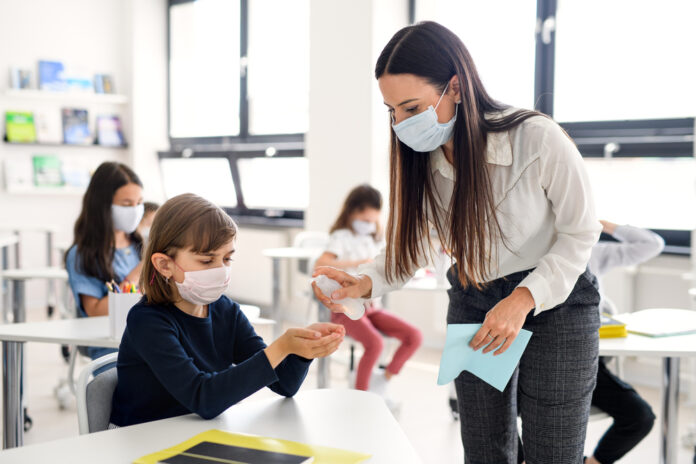 Serology tests to check for the presence of COVID-19 antibodies revealed that 135 teachers in southern schools tested positive.

87,911 teachers were tested for the virus, meaning that 0.1% of them were actually infected.

Serology tests are used to identify whether or not a person has made antibodies in response to infections. If positive, it means that the person’s immune system has more than likely had to respond to COVID-19 and initiated an immune response against it.

These tests can indicate if a person had been infected by the virus but showed little to no symptoms.

Nursery school teachers were previously tested and the overall figures were similar to that of school teachers, with 23 out of 14,000 testing positive.

Positive cases from serology tests have since received a PCR test to establish if they still have the virus.

The results come ahead of the beginning of the school year this Thursday, September 9th. Secondary schools (ESO) start next week on September 15th. The new term has been staggered over four days to allow students to be fully immersed from the official start date, as allowed by the Regional Ministry of Education.

The Junta has revealed that all teachers and educational professionals will be tested again for COVID-19 after the Christmas holidays in January.

Javier Imbroda, Regional Minister for Education, has assured pupils, parents and teachers that returning to classrooms is “safe”. However, he added, “There is no such thing as zero risk”.

He addressed the fact that cases will increase between students and teachers and that classrooms and even schools will need to close. Regardless, Imbroda was keen to re-open schools because “no screen replaces a teacher.”

6,419 back-up teachers have been hired to cover the expected increase in cases within the educational sector, while 6,700 Covid coordinators have been appointed to centres, according to reports published by the Regional Ministry of Education.