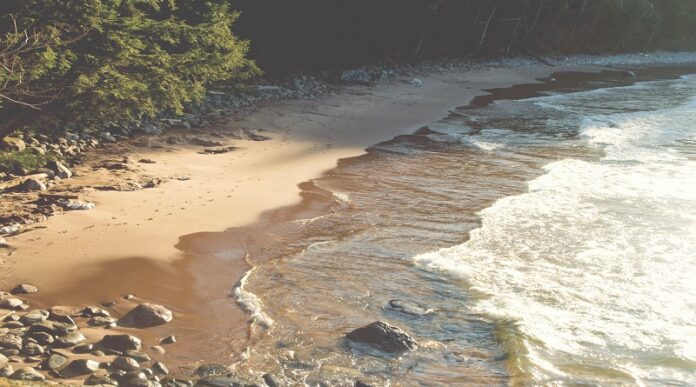 There was quite a lot of news in Marbella over the weekend between fires, high temperatures and a sense of normal life resuming.

On Sunday afternoon, a boat caught fire at sea in Marbella as on-lookers called emergency services but it was a case of not everything is as it seems as nobody was aware of the story behind the fire they witnessed.

The dramatic event took place on Sunday afternoon around 2pm after the boat had dropped two men to shore and made its way back out to sea moments later.

As the boat caught fire, beach go-ers looked on in confusion as the initial thought was it was a boat with passengers out for leisure and found its way into trouble.

It later emerged that the boat was transporting drugs as part of a drug trafficking group and was fleeing customs as the boat caught on fire.

As reported by Sur, it is believed that the drug traffickers threw over 500 kilogrammes of hash overboard during the pursuit. A witness who spoke to the newspaper confirmed that they had seen two men dropped off to shore and run away as quickly as they could while the boat turned and headed out at a very high speed.

It is suspected that because the boat was used for these reasons, the traffickers set the boat alight after it had completed the delivery. According to sources who were on the beach on Sunday, following the outburst of the blaze, two jet skis arrived to the scene to collect the driver of the boat and they made their way far from the boat.

While authorities can not yet confirm if those who brought the driver to safety were accomplices of the driver, the case remains under investigation.

There were many eye witnesses of the event as it was also reported that the beaches on the Costa Del Sol were all full over the weekend between locals and tourists flocking to the beach amidst soaring temperatures.

Along the beaches were rows of umbrellas, sun chairs, towels and beach go-ers who provided a sense of hope and optimism after a tough 15 months for not only people around the world but also, local businesses and the tourism industry.

The crowds gathered on the same weekend that a record-breaking May temperature was recorded, the third highest temperature in Spain.

Also reported by Sur, a temperature of 35.4 degrees was reported at the Malaga-Costa Del Sol Airport which was the highest May temperature recorded in the area since 1942. There is no doubt that the temperatures influenced many to take to the coasts to sunbathe, have a swim and enjoy what felt like more normal times.