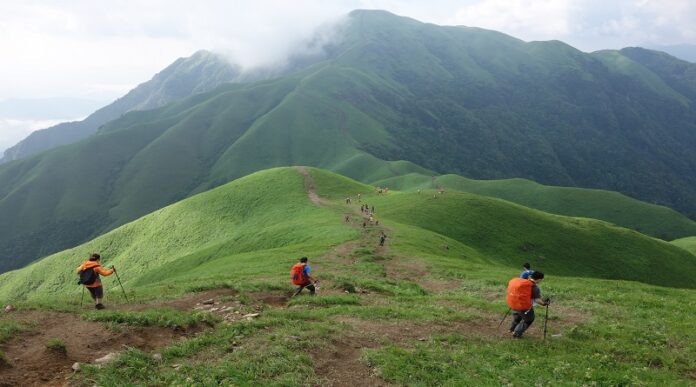 Four people were rescued from the La Concha Mountains after calling emergency services.

The hikers made the call on Sunday evening after they found themselves in trouble as they got stuck on a steep part of the mountain just after 7pm.

It wasn’t the easiest mission for the emergency services as the group had been split up. Two hikers were located around 9pm while the other two were located at a later time and in a much more difficult area to be accessed.

Firefighters were forced to obtain more equipment in order to rescue the remaining two hikers which was a success in the end. All four individuals escaped without injuries and were brought back to base camp in the early hours of Monday morning.

The La Concha Mountains are the highest around the Marbella area and are located in the Istán municipality. It sits in the southernmost part of Sierra Blanca mountain range and is a popular spot for those eager to find beautiful views. The mountain stands 1200m high and is known for its distinct shell shape.

Unfortunately, this was not the only rescue mission of the weekend. Another hiker was rescued on Sunday afternoon after sustaining injuries when climbing in the Riogordo area. The man is believed to have fallen 8 metres and was difficult to access but after emergency services got to him, they carried him down the hill on a stretcher.

It is advised that people should avail of the guided tours led by walking experts in areas where there is risk of falls, veering off track or in hilly and rugged terrain.

These two rescues come less than a month after it was reported by Reuters that mountain rescues had hit new heights as a result of the pandemic hiking boom in Spain. It is believed that there was a 16% increase in callouts for emergency and rescue services in Catalonia while Madrid saw a 27% increase in numbers.

As restrictions eased in the country, people flocked to their local parks and walkways to enjoy the outdoors and keep busy throughout as the pandemic continued and with a rise in those walking and hiking, came a rise in those being rescued.

It is very important to ensure you stay safe and enjoy your walk, so here are some tips for doing so that might help next time you’re looking for some outdoor fun.

These are just some rules to help you keep as safe as possible while enjoying your mountain walk. Always be prepared!