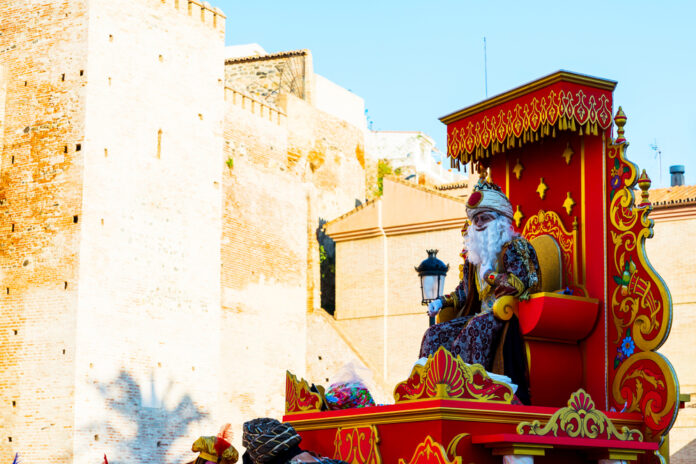 Despite the ongoing situation with COVID-19, Three Kings Day on January 5th could not be celebrated in the same way that it usually is. Parades had to be cancelled throughout Malaga and in the country as a whole.

However, this did not mean that the day went without celebration. For children, Melchior, Balthazar and Gaspar were still visiting to leave presents.

In towns and cities, alternatives to parades were held to mark the occasion. Local TV stations and members of the press were granted access to witness the arrival of the Three Wise Men at the Alzacaba in Malaga City. Mayor Francisco de la Torre and councillor Teresa Porras were there to greet them.

In Benalmadena and Fuengirola, the Kings toured the town in a procession of open-top vehicles. Mijas and Torremolinos saw a “static” cavalcade. Children could visit the Wise Men in a distanced and careful way. In Benahavís, they also toured in vehicles.

The town hall of Marbella and San Pedro allowed members of the public to visit on foot if they had previously registered and been given an appointment. A circuit was developed inside to allow for safe social distancing and crowds management.

The Wise Men greeted children at the fairground in Estepona, where they received letters, at prearranged appointments.